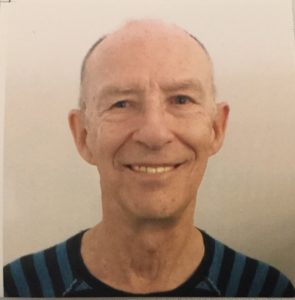 I was born in Mitchell, South Dakota – home of the World’s Only Corn Palace. Oddly enough it was the same day as Judy Garland (if you really must know the date you can look it up). When my father re-enlisted in the Navy we started travelling… every 2-3 years someplace new: San Francisco Bay Area, Miami, Chicago, New Orleans, and San Diego, where I graduated from High School and attended San Diego State University. After a move to NYC in 1978 I attended NYU and received my MSc Degree in Computer Science.

Although I’ve always had an interest in music, my major was Mathematics and Computer Science. It wasn’t until I took a Music Appreciation class at San Diego State that my focus really started to change. I started going to jazz clubs in the Los Angeles area on weekends and it wasn’t long afterwards that I made the decision to “Go For It!”.

I met many great jazz performers and started hanging around with them. It was the night of Leonard Feather’s (Downbeat Magazine) birthday party at Dante’s in North Hollywood that I met Dave MacKay, an incredible jazz pianist with the Don Ellis band. It took some convincing but he finally gave in and agreed to teach me, but not as a soloist – as an accompanist! He said it would pay off in the long run — and boy was he right on the money! I would drive up to Sherman Oaks on a Tuesday for my lesson ($20 per lesson for as long as I was absorbing and learning, and that was usually 5 hours) at 1pm, leave and go get something to eat, and then go to the club where he was working and sit for another 5 hours. He would explain “This is what I meant by…” and then play a song with an example of a style or chord structure he taught me that afternoon. Then at 2:00AM I would drive back to San Diego — high as a kite on music! Oh yes, he taught thru visualization (did I mention he was blind?), so i could practice in my mind wherever and whenever I had the time.

Well, the rest is history. Since then I continued to travel and play all over the USA and the world. I have even played at the White House in Washington DC.

Additional appearances included the Edinburgh Music Festival (2009), performance at the Edinburgh Castle for the Royals and aired on UK television; 2 US Presidents (who shall remain nameless), and The Korean Culture Center in New Delhi, India (2017).

PS – In my spare time (what’s that you ask?) I run my own Internet business, and own a Hand-Made Natural Soap Company.